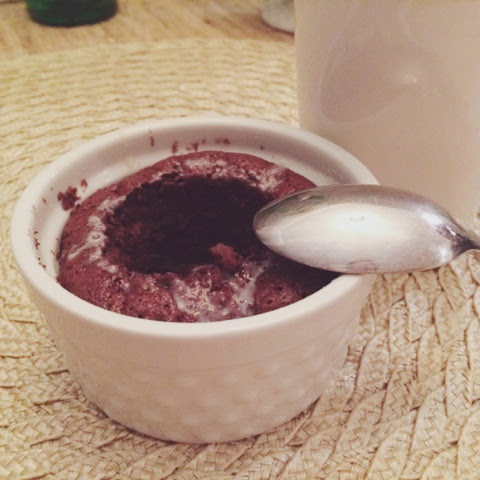 Last night I made chocolate soufflés with what was supposed to be earl grey creme, to put on top. The recipe called for whipping creme but I should have used heavy whipping creme and then it might have worked. But the soufflé on it's own was pretty tasty. I have a few things to alter but it was my first time so it's ok. That's what we ate around 9:30 pm with my husband, my sister, and her husband. So the point is: I knew I should have probably not have eaten such a thing late at night since in combination with a white earl grey tea, I could not go to sleep. Which was not a good thing since the previous night I had probably slept for only three hours or so! With two little ones in the house, night time feedings, etc, we ended up talking in the middle of the night for awhile and then last night, by the time we fell asleep, Jemma needed some attention...
Yet somehow I survive and even feel ok and get through the day. Peter was a sweetheart and sat up with her through the morning so I could get at least a bit of rest. He's good like that! 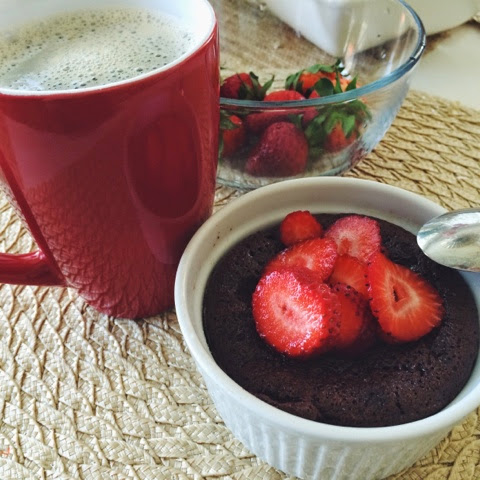 I had another one today after church. The combination of chocolate and strawberries! Yum! 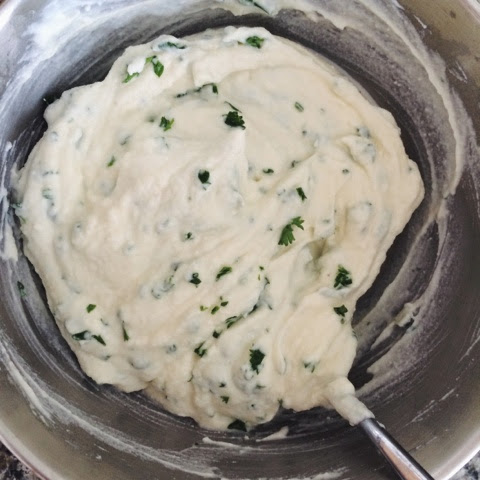 This weekend, my sister and her husband with their little boy came over from Spokane. Earlier on Thursday, Jemma was so good-better than her normal good- that I had accomplished so much around the house even I was surprised. And so then on Friday, I spent the day making homemade lasagna. I think it's one of my favorite things to make and eat. The texture. Just so good.  Overall, over the weekend, even with a little one, I got around to making that, a soup, and the soufflés! Peter was great and made a great breakfast for us on Saturday! 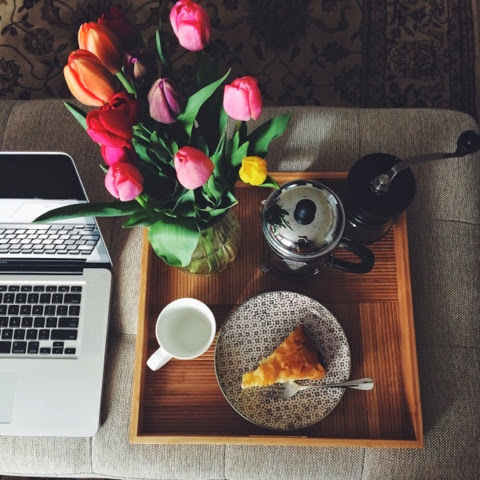 I don't drink much coffee these days but I did make a French press for myself a few mornings ago. 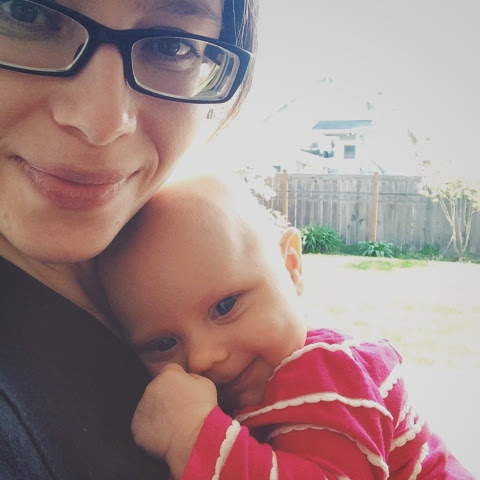 She amazes me: she knows when I take picture of her. She smiles when I ask her to. She's just so cute with all her expressions, how vocal she is, how alert and attentive she is, and how active and playful she is. So fun to be with and such a smart and good baby. I'm shocked at all she does in her two months of life. I think we understand each other pretty well. At least I understand her 'language' and her needs. 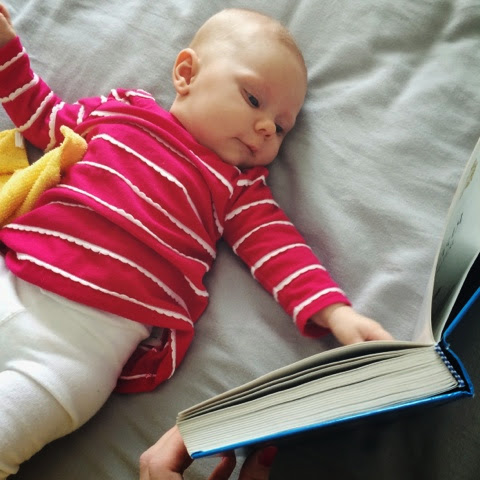 Reading the Russian children's bible. She starts smiling and touching the pages and looking at the words and pictures! 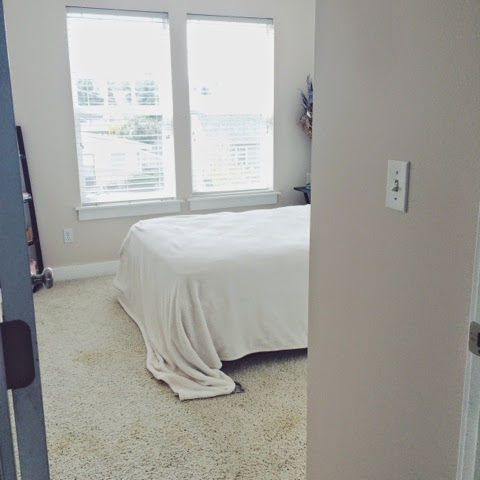 So many things that I desire to do in our home...like put up drapes and set up the guest room and make it more cute and cozy with wall art and photos... But it all takes time and one little step at a time. Those are not the priorities nor necessities. 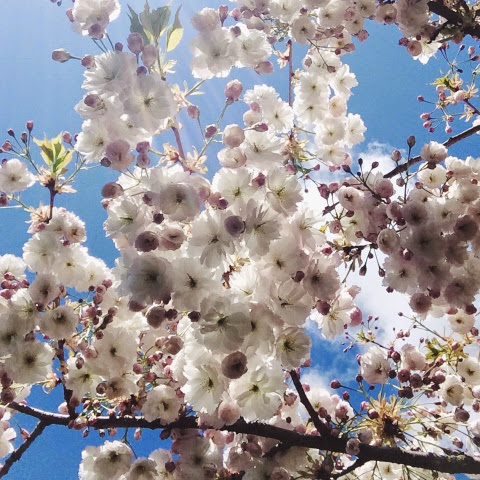 Our backyard tree bloomed this week. So pretty. I like the sunshine we are getting. I can keep windows open and the air smells so fresh! 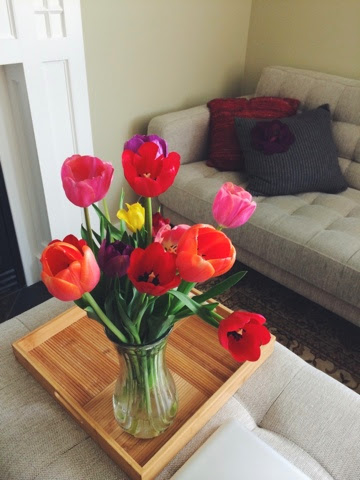 These just make me happy! 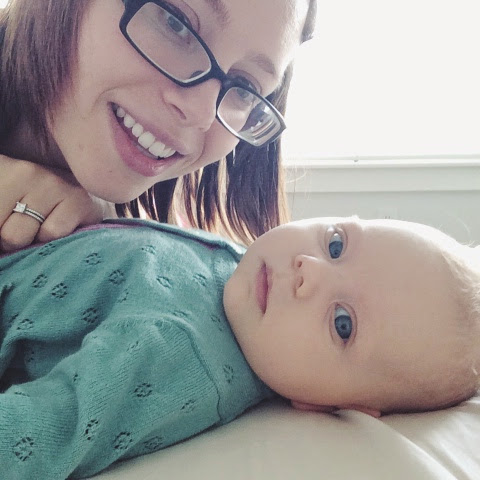 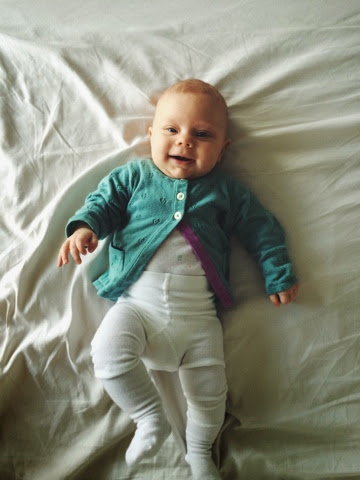 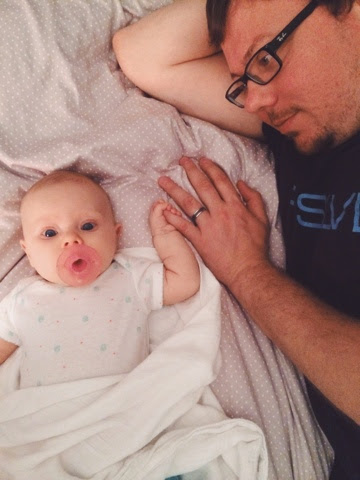 And evenings. We tried giving her a pacifier and she can't keep it in her mouth. Which I'm fine with. She hardly cries and when she does it's because she has a need. 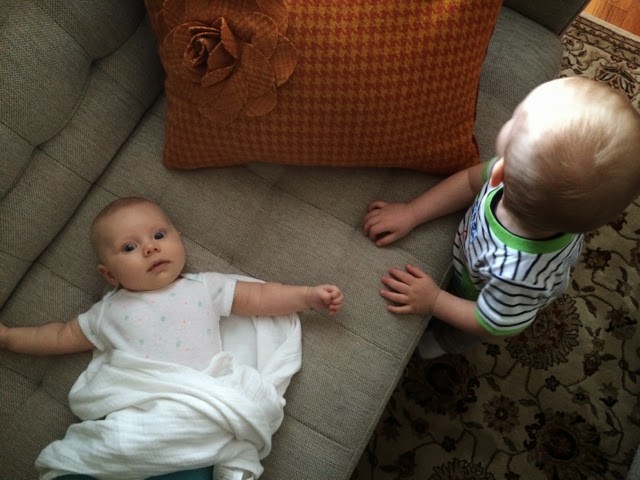 Meeting her older cousin Nikita. She smiles at him when she sees him. It's adorable. 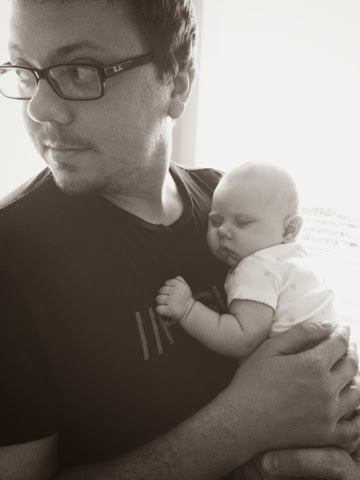 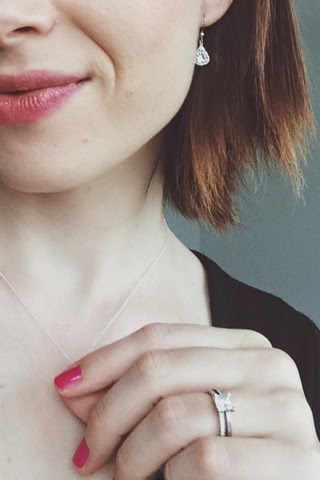 And finally. Is it strange that I have plans for my hair? And in a moment of spontaneity, I carry them out...It's growing out. Last May is when I recut it much shorter than I first did when I cut all my hair off earlier in February. So it's almost a year now. And I'm looking forward to having length and letting it get to my usual long.

I'm sitting here rocking Jemma and waiting for Peter to come home...it's been a mellow Sunday. Said goodbye to my sister. Went to church. We finished the James series. And each time I think, that was a good one! Tonight we'll have pizza and watch a movie together. Sounds good, eh?