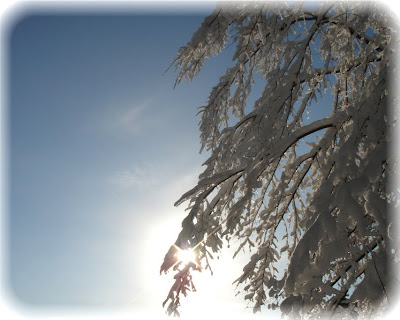 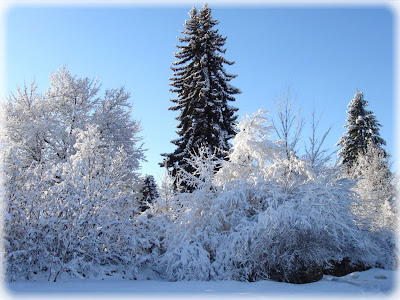 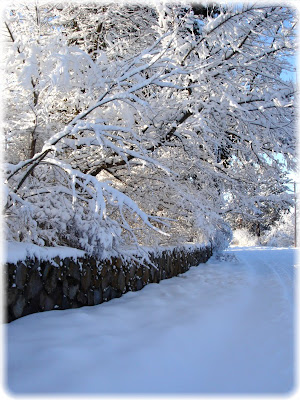 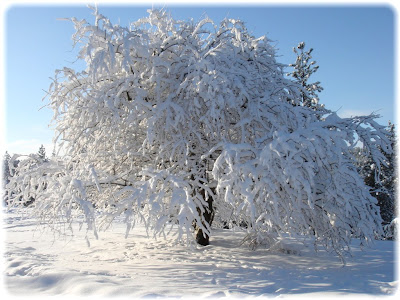 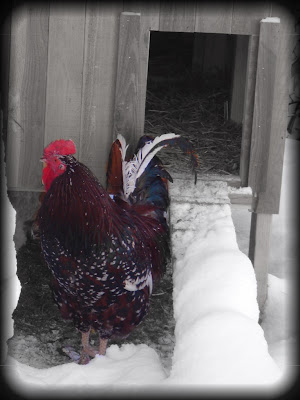 A Stroke of the Paintbrush

***
Just a paintbrush stroke in the masterpiece
by the Master Himself!
***
- a little window into the soul at 8:04 AM

A Few Days Without

So. I think, if you want the truth, the real story, you gotta go to the source. The real source. Not the gossip line, not the retold version where everything has either been distorted, exaggerated, or maybe depleted. 'Cause I believe once something is retold by someone, then retold again by someone else, the feelings and emotions and ideas or visualization of those people have been added and have already changed the whole perspective. The actual happenings, the true story is no longer that which it was originally. Maybe how it's portrayed, or how it's heard, gives a complete wrong impression. Maybe it's retold in the version of how one wants it to be seen. And then when you find out, that's how it's all going down, and it's all twisted, you wonder how it got to that in the first place.
I like to ask for myself. And it's amazing how much you can get from asking. I know that if I was asked certain questions people would know a lot more. They just don't ask. Maybe they're afraid to ask, to actually hear an answer.
I'm looking forward to this week. Turning off the phone. No texting or messaging. No facebook checking. A few days of old fashioned living. It should be relaxing to get away from the city. Even if it's not really a vacation.
Yey!
- a little window into the soul at 11:20 PM

A lady I greatly admire, who's past her 70's, told me, "You would appreciate this, you have a heart like mine," as she told me a few things and showed me something that was dear to her. Hearing that, I took it as one of the greater compliments. From the talks I've had with her over the last four years, I would have to say, I understand how she would see that, and I agree. I've always believed I have an old soul. In fact my mom told me I was born an old lady. (I'm pretty sure her opinion has partly changed, at least about me being 'a lady') Maybe that is why I can relate and get along so well with much older people? But I wonder, what happens to this 'old soul' when I actually will be old. If that ever happens. Meaning, I think I will be an old soul with an never-ending youthful spirit. Hopefully. Always. That should work!

You hear people talk about 'looks', the accessories, the clothes, the pretty eyeshadow. And all that has a place in it's own. Especially for me, being surrounded in a setting where sometimes that's commented on too frequently. But how many people notice or comment on the more important qualities like character or matters of the mind and heart. I know I've been surprised, and I say surprised because I rarely hear it spoken about others, when someone says something they noticed that has nothing to do with the physical appearances or beauty. I guess I've been thinking about this because I feel like too many times, the face and physical structure of the human body is focused on way too much. Weather the 'face' is attractive and receives lots of compliments or not so much and gets overlooked much more.

So I decided that if I ever die, I mean, when I die, I want this song played at my funeral:

The simplicity of the tune and melody was very much catchy! It's been years since I first heard it. I like to think and ponder as I read those lyrics and think of the moments that fit those times. So simple yet so deep. It covers it all. So I picked up part of the melody and play it often for myself. It's just so soothing. Don't get me wrong. I know this is the season for rejoicing and giddy feelings and I'm there for sure. But. When I hear too many people telling me about loved ones dying, when I read a beautifully descriptive passage in a book about priorites in life and death, how can I not think about it? (Plus, Death probably doesn't choose the right, or certain season.) Anyway, I laugh and tell people I never keep my journals too long, just in case something happens to me. I find that to be ridiculous about myself, that I should care what someone sees after I'm gone! When one of my clients said, "I brushed her hair and she took her last breath in my arms," I took a phrase I liked from that book and told her "...it is an enormous privilage to be in the room when someone passes into the next life...it is a deeply spiritual moment..." (I did tell her I read that...) And I think, it's actually the living that's hard. Maybe the struggle for life, the ailments, the disease and pain. Being a burden maybe. Leaving someone behind. The actual passing is probably not so bad for one who knows where he's headed.
And with your final heartbeat, kiss the world goodbye, go in peace and laugh on Glory's side. Fly to Jesus and live...When the time comes, that's what I'll be doing! It's touching and Beautiful.

In studying Isaiah, I am just reminded at the reality of God's judgement when it comes for each person. (What gives me peace is that it will be so just, without favoritism. He sees the heart and mind. Not like us humans who see so little yet manage to do so nevertheless.) No matter how much love, how much patience, how many chances He gives, the stark reality that the one who does not believe will perish. I look constantly at the people around me and these words come to mind:

To think, the person right next to me, that I care for, laugh with, a friend even, but someone who has not received Jesus personally may not make it?!! It touches my heart and I just think, ah, if only they would know what I know and have. If only they would accept. I ask myself, what can I do each day? How can I make the slightest difference today? And then I meet others, who are ministering in their own way and I smile to myself, realizing this person I'm talking to is already at work, is trying. Then we talk about it and it's like, 'awesome! you too huh?' There are so many, working, doing what God has called them to do. Next to me. Across the world. It is so beautiful. Because they care and know how important of a matter it is. 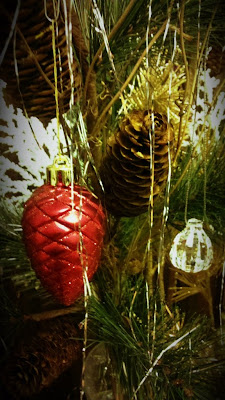 I am so excited. All the Christmas festivities! The work party, our 'cousins' get together, Christmas Eve service, and all the relatives coming over to our house on Christmas Day! It is time to celebrate and rejoice!! Food, Laughter, Family and Friends! Even a few gifts and Food. I know I already said that, but food's really important.

One child can change the world

The King of all kings was born

Let us worship and adore

(i really got into the songs today. hehe)